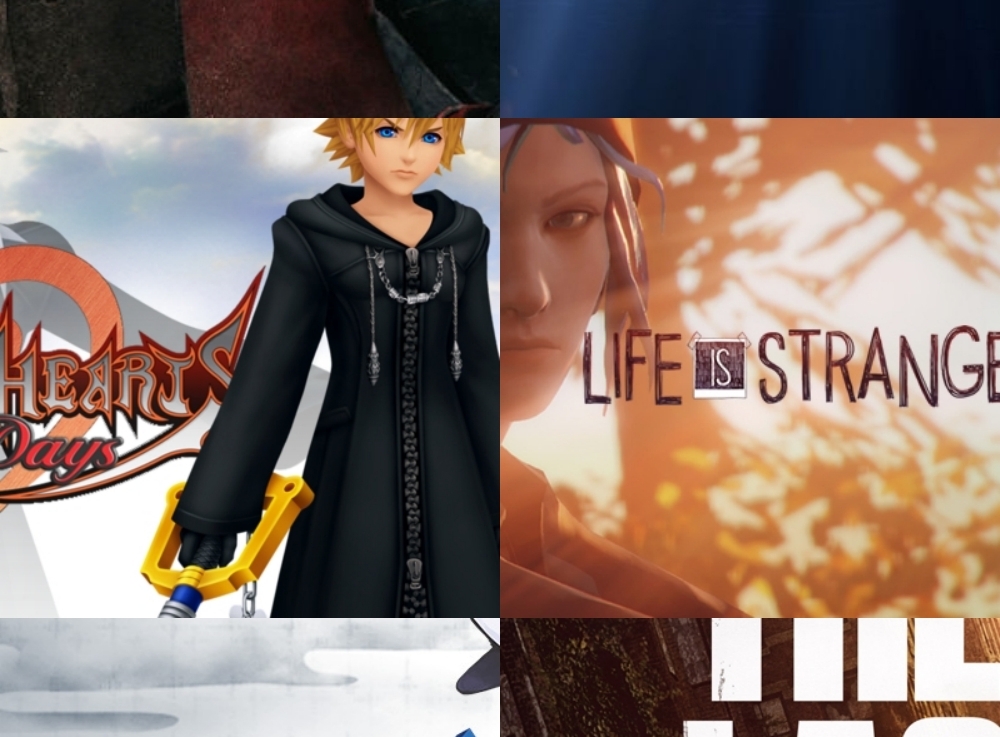 I think its a good idea to showcase the games that mean the most to me for my first ever blog post. The games I selected are in no particular order from least to greatest. To rank these games with a numbered list would take away the impact that each game had on me and my life. And with all of that said lets start off this list.

Fallout New Vegas was my first introduction into the fallout franchise; it was also my first introduction into the RPG genre. This game kick started my love and obsession with anything post-apocalyptic. Fallout New Vegas is set in a world that decided that nuclear energy was the future. What the future actually held was total atomic annihilation. The main story of the game centers around a courier tasked with delivering a package to New Vegas(ruined Las Vegas). The job evidently goes wrong and you end up in a shallow grave. From then on you get revived by a friendly doctor and begin your revenge tail across the Mojave Wasteland. This game features all of the RPG elements you would come to expect from an open world game; from branching dialogue options, to leveling up and meticulously putting your experience points into certain attributes so you can get those sweet perks. This all gets tied together with a wonderful, and interesting, open world filled to the brim with content. Feel like helping out a town with a rival gang? Go ahead; want to try your hand at gambling? Be my guest. All of these elements, and more, make this one of my favorite games of all time. Expect to see a full, in depth, review on this game in the near future.

The Last of Us

When I first heard of the Last of Us I was both excited, for the post-apocalyptic setting, and concerned. I only ever knew Naughty Dog for the Uncharted games, and for them to tackle an emotional story did concern me. Those concerns were gone after an hour after starting the game. I wont spoil the beginning for anyone who hasn’t yet played the game; but for those of you have you know where I’m coming from when I say that the beginning has one of the most heartbreaking moments in any game I’ve ever played. Additionally, everything that comes after the is on par, if not better. Through the loud gun play moments; to the quiet and powerful story moments; the Last of Us will go down in history as one of the greatest games of all time, and I know most people will agree with me on that.

I don’t even know where to begin with this game. Life is Strange made its way into my life in an odd way. This game was one of the free games for PlayStation plus two years ago. I downloaded not knowing anything about it, other than it was a telltale style of game. I should also note that I started playing this game at rough time in my life, and that it really did help me get through it in a very positive way. The game is about Max, a teen girl, who goes to a very prestigious school for photography; me also having a passion for photography instantly connected. Later on in the game events unfold and the Max is gifted the power to manipulate time. Max sees this as a way to go through every situation she encounters without worry, she can just go back in time and redo any conversation. She soon starts getting visions of a coming disaster that will strike the town in the coming weeks; this is when she realizes that her powers were given to her to try and stop this coming threat, or so she thinks. I don’t want to get too deep into it because I will be doing a piece on this game very soon, as this game just means so much to me and I don’t want to undermine it. In short this game deals with heavy themes of mental health, and just growing up in general, and will forever be the reason that I am who I am today.

Growing up all I remember doing was playing Pokemon. Whether it be Pokemon blue; all the way up to Pokemon Black and White. I was always blown away every year when they released a new Pokemon game, but no other game stood out as much as HeartGold and SoulSilver(specifically SoulSilver). This game seemed to improve on every aspect of the previous DS Pokemon games; improved battle animations, more detailed environments, to actually having your Pokemon walk behind you(which was completely absent up until the switch games). Another worthy inclusion was the return of the battle frontier from Platinum, as if this game needed more endgame content. Speaking of endgame content this game features the entire Kanto map, with its corresponding eight gym leaders; as well as the native legendary Pokemon. If you’re new to Pokemon and want to play a game, this should be your first pick.

This game came close to my most played DS game, right beside SoulSilver. Kingdom Hearts 365/2 days was the first Kingdom Hearts game I ever played, and it being on the DS I was very impressed back then. To this day I still don’t know how they made the game look this good on handheld with such a tiny screen, comparing it to the console entries. The combat system in the game is also something to marvel at; if you told me that this game had a full gear menu with options galore, on just a 6 inch device, I would say you’re lying. Nowadays you can run full games on your phone, Oh how naive I was when I was a kid. Still, having all of this content on a DS was a game changer for me when all I had was a small handheld game system.

Last but certainly not least, Far Cry 3. Ubisoft made this game without knowing how it would affect the gaming industry. Far Crys formula for open world has now been widely copied by almost every studio, which is a good thing and a bad thing considering every main series Far Cry game is mostly the same. Before this game came out I never experienced this formula before in a game. The formula consists of having an open world with objectives that you can tackle in any order, and tackle in anyway you see fit; you are truly free in this game. Apart from the non linear objectives of the game, the linear story mission designs are tremendous. The Drug trip missions, that send you on a shrooms filled adventure that tell a story of your characters inner turmoil, are simply stunning pieces of game play. Far Cry 3 also features one of the best missions in any game period, burning the weed fields while “Make it Bun Dem” by Skrillex plays. To put it simply this game is insanity.

2 thoughts on “My favourite games”